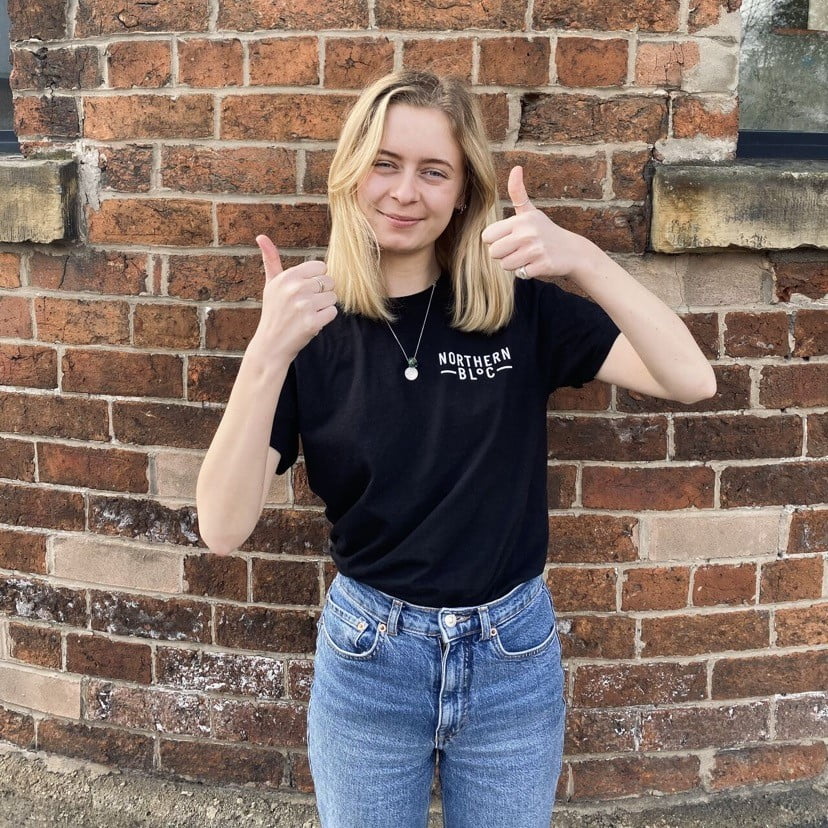 Hi there! I’m Ellen and I’m NORTHERN BL°C’s Marketing Exec. I’ve been vegan for nearly 4 years so I guess that means I automatically take part in Veganuary? Regardless! It’s amazing to see that plant-based foods are becoming more popular and widespread.

This is a massive achievement and one that I’m incredibly excited about. As a plant-based-loving-human I’m here to tell you that taking part in Veganuary really is a great thing to do. Did you know that eating plant-based for 1 month can reduce carbon dioxide emissions, save 913 square feet of forest and 33,481 gallons of water and save 30 animals lives? Pretty impressive right? Researchers at Oxford University have even stated that following a vegan diet is the ‘single biggest way to reduce your impact on planet Earth’.

Although I think it’s important for anyone considering making the switch to a plant-based diet to listen to your body and know that your vegan journey doesn’t have to be linear and sudden- because mine sure wasn’t! My plant-based journey started after a health-conscious discussion with some friends during my second year at university. After that we all decided to give pescatarian a go. Then we watched some documentaries and a few months later we became vegetarian. A few more months down the line we watched a couple more documentaries, such as Cowspiracy and Earthlings, and decided to make the change and go full vegan. However, this still wasn’t an instant, clear cut switch. I made sure to use up all the food I had in my fridge and freezer first. I was a student so couldn’t afford to give away my non-plant-based purchases and I didn’t want to be wasteful either. So, I finished these foods and in my next shop I only bought plant-based items. This consisted of a lot of label reading.

Even after I classified myself as vegan this didn’t mean I never had another biscuit containing milk powder or forgot to tell the barista I wanted oat milk in my latte (and was too embarrassed to ask them to change it). It’s part of the journey and it’s far better to have lots of people doing veganism imperfectly compared to only a few doing it perfectly.

Now, I’m not some kind of vegan-master, I don’t have all the answers but if this is your first time trying Veganuary then you’re in luck because meat and dairy alternatives have come a LONG way in the last couple of years. Mighty M.LK have your milk needs covered, Meatless Farm are doing wonders satisfying any meaty urges and, not that I’m biased or anything, but any ice cream craving can 100% be sorted with any of NORTHERN BL°C’s vegan range. There are too many awesome plant-based brands to mention right now but you’ll never be out of options that’s for sure! Roughly one third of non-vegan consumers now buy plant-based alternatives which I think speaks for itself in regards to just how great plant-based alternatives can taste.

At NB°C we like to say that we make great tasting ice cream that just so happens to be vegan. We don’t compromise on texture or taste- so you would never know that it doesn’t contain dairy. It’s still super creamy and indulgent. Going vegan doesn’t mean you’re missing out. In fact, I think it’s allowed me to become more creative in the kitchen. So whether you’re vegan for January or more long term I encourage you to try new foods and recipes, but most of all, embrace your imperfect plant-based journey.