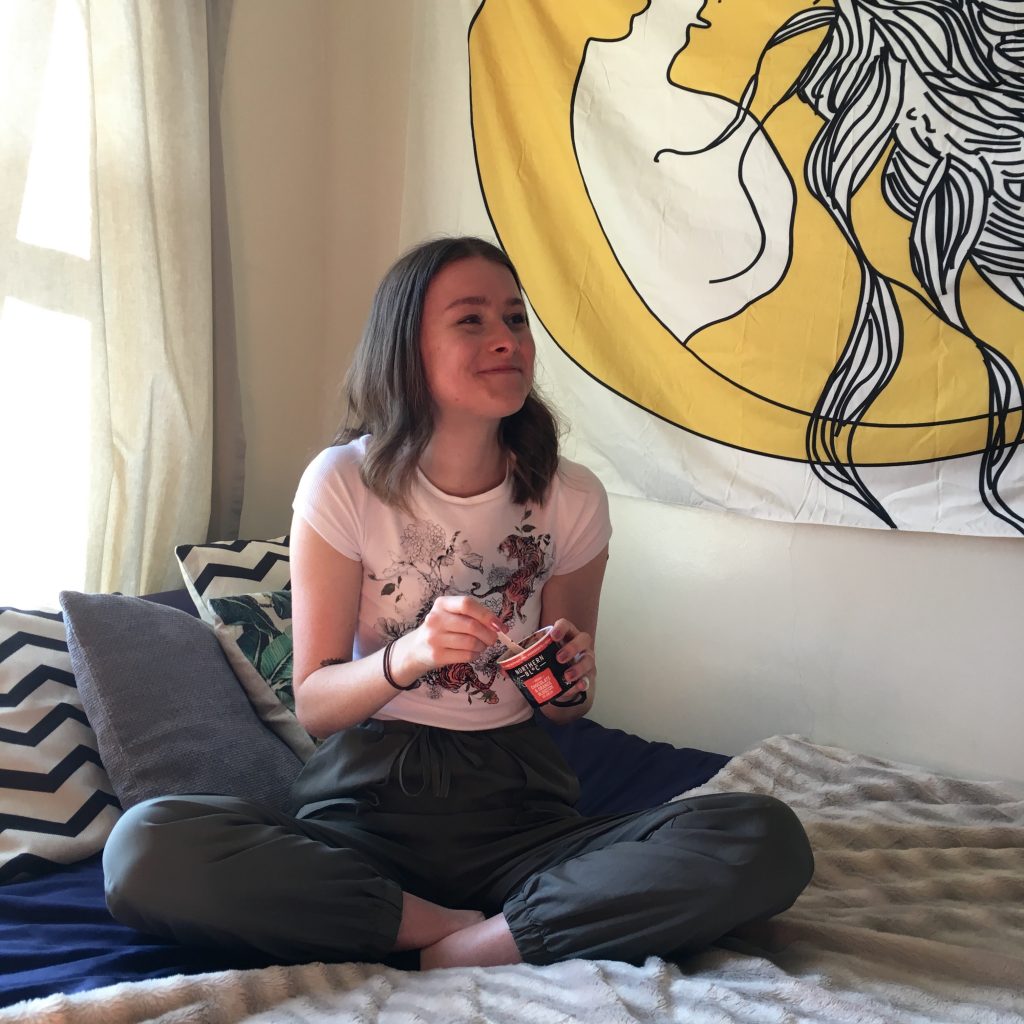 I’ve recently started an intern role at Northern Bloc alongside studying towards a Food Science degree at the University of Leeds.

As a vegan, being able to work here at Northern Bloc is super exciting – I was completely sold the first time I tried their Vegan Peanut Chip flavour at Temple Coffee & Donuts, and knew then that this was a company I’d love to be involved with.

I didn’t become vegan overnight, I was vegetarian for over a year beforehand. In fact, I only made the change after meeting a vegan who convinced me to try it out for a few weeks during Freshers – one year later and I can’t imagine going back!

My journey started out due to the obvious ethical issues surrounding the meat industry. As I’ve learned more about the other impacts of consuming animal products, I’ve also started doing it for environmental reasons too. This has grown to apply to more than just my diet – for example switching to cruelty-free make-up options and reducing single-use plastics where possible.

For me, I’ve found sticking to a vegan diet incredibly easy. Admittedly I’ve always had homecooked meals and rarely buy pre-prepared food which makes it a lot easier to avoid unwanted ingredients, but there’s some incredible options available for vegans these days – some scarily similar to their non-vegan counterparts, so I do think there’s something to suit everyone.

I’ve found that one of the main misconceptions about a vegan diet is the cost. This was definitely something I was worried about as I wasn’t sure if I’d be able to maintain a vegan diet on a student budget while still getting enough protein and nutrients. Of course, if you rely on the ever increasing range of fake meat products and branded vegan snacks the cost will build up quickly, but this would be the case even if you follow a carnivorous diet. I’ve found that focussing on unprocessed foods and cooking for myself has meant my grocery shops now cost less than when I wasn’t vegan – my usual budget is £10 for the week. This also means I have some money spare to treat myself if I fancy it – whether it be ordering in a Wagamama Vegatsu for movie night, going for a breakfast donut at Temple Coffee. Luckily now I can get my ice cream fix at work too!

I’ll be updating you in the coming months with some of my favourite vegan recipes and an update on how I’m getting on juggling University work and my internship!